Ever thought about how many Egyptians live in Egypt? Or why there are a billion Indians and a billion Chinese? I used to ponder these questions. I mean I know what causes a population explosion, but a billion. That’s nuclear. Did they have a competition? The winner gets a free rice paddy? 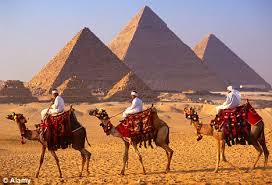 Then, one day, like “poof”, the answer to the number of Egyptians came to me. None. Zero. Zilch. Egyptians were, was, used to be, a race of people. They spoke Egyptian and wrote on papyrus in hieroglyphics.

I had a rig hand bring me some papyrus. He told me it was very special. They spelled my name on it. Looked like a dog chasing a chicken around an outhouse. I think he was pulling my leg.

Today, Egypt is inhabited by Arabs. In Arabic the country is called Musser. An Arab from that country calls him/herself Muss-ura. The spelling is not correct, but using phonics, the pronunciation is close. Try it on an Egyptian. Let it roll of your tongue. They’ll be impressed.

I worked with many Egyptians over the years. Hundreds. Loved ‘em. Great people.

Same with Indians. Worked with many, many. Loved them, too. Though,
sometimes I wish there was such a thing as reincarnation. I’d want to come back as an Indian policeman. In Mumbai. I saw on T.V. once where the police get to take a billy club and whoop on ‘em now and then. I know a couple….

One night I asked God for patience and wisdom and woke up in Saudi Arabia. Fourteen years later, I’d had enough training in patience, and I got to a-wonderin’ about the wisdom I’d requested. I got down on my knees, bowed my head, looked toward heaven, started to open my big mouth and thought, Nope, no way. Lord, you’re not going to get me this time.