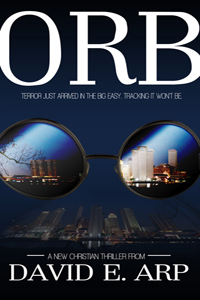 Billionaire oilman, Cole Blackwell hired former Marine and Iraqi war veteran, Wes Hansen to hunt down the man who assaulted his daughter. Wes has a name, Meshach, and one witness, a dog Wes believes the man used as a prop to walk the streets of Lubbock, Texas, at night, unquestioned. Wes’s business card reads PI, not ghost buster.

To put a face to Meshach, find him and put him away, Wes will have to be both. Before the week is done, Wes and his team will be lucky to survive meeting the Man from fire.

Meshach had a bellyful of Lubbock, Texas. The city sprouted on a flat plain with a view of nothing but sunup and sundown, unless the wind blew. Then, gusts stirred enough dirt in the air to make the noon sun disappear and cause the streetlights to come on. Today looked like pictures of the Oklahoma dustbowl era he’d seen in school. It was impossible to escape the smell of dirt. Grit covered his face and arms, every inch of him. People lived here and liked it.

Nighttime didn’t bring relief. The quarter-moon protested, refused to peek though the dust and added to the darkness.

Not much for playground equipment in the little park. A metal slide and two plastic creatures mounted on coiled springs that looked like horses galloping when the gusts hit them sat next to a small, foot-propelled merry-go-round. To one side stood a tall swing set with three rubber seats swaying on the end of their chains.

He sat in the lowest seat and stretched out his legs. A chill eased up his back. The black shirt he wore would have been warm enough on a sixty-degree night, but not in the buffeting wind.

The dog tugged the leash to its end, then sat in the dirt and whined. The mutt cost him ninety-five dollars and a round-trip drive to Amarillo. The longest four hours of his life. Like driving across the moon. The broad who ran the shelter for wayward canines cited a long list of maladies a vet had to treat when the dog arrived, as if to justify the sale price. Would have been more but Mr. Maxwell, she’d called him, with all due reverence and respect, had already been neutered. Poor thing, dropped off on a country road, what was he to do? She welled up with tears when Meshach left with him. She should have bought the cur and took him home herself.

Maxwell had short brown hair, big ears and weighed twenty pounds. He looked like a Chihuahua on steroids and acted twice as spastic. His boney tail stayed tucked away and rarely made an appearance.

Meshach glanced at his watch: 11:18. If what he’d witnessed the last three nights held true, he had five minutes. He’d timed the walk from where he sat to the driveway. As soon as the car turned the corner, he and Maxwell would take a little stroll. Should put him there just right.

In the distance, two headlights probed the dusty night. The vehicle he waited for only had one lamp, on the driver’s side. He knew because he broke out the other one with a rock two hours earlier. Meshach stood and pulled the dog toward the slide just in case.

A streetlight five houses down revealed the two beams belonged to a black and white. Meshach gave the cruiser a cursory glance then focused on his prized mutt. To one of Lubbock’s finest peacekeepers, he was just a man outside to let his dog tend to its business before turning in for the night. The cop slowed, then continued around the park and disappeared down another avenue.

A second car appeared… His.

He crossed from the slide to the curb and stepped onto the street. Maxwell kept the leash taut, running around in a circle, pulling every direction except the right one.

He strode across the pavement and stepped onto the sidewalk in front of a plumber’s house. The man had crawled out of his work truck a little after six the past three evenings with what looked like the love of his life tucked under his arm, a twelve-pack of beer. The place on the other side of his target sat vacant.

Maxwell took Meshach’s pause in the darker area under a tree as a cue to piddle. The car turned the corner behind him, illuminating the playground he’d just left. Max flipped around, bowed up and bug-eyed, like he didn’t know whether to bark or run for his life. “Easy, pooch, easy,” Meshach whispered.

The headlight lit him and his shadow jumped out and stretched down the sidewalk. He hunched his shoulders, looked straight ahead and walked. The dog shied then followed.

The garage door on the next house rumbled to life. The opener dragged the white wooden panels up on squeaky rollers. The car slowed and turned onto the driveway fifty feet in front of him. The single light lit the dark recess revealing a blue mountain bike on one side of the walk-in door and a small plastic trashcan on the other side, both outlined against the slick white walls of sheetrock. The wind carried a white paper cup and bits of trash and dried grass on a tour of the garage then stirred the lot in a small eddy on the concrete floor.

The red Honda eased into the garage. The door slid down the rails. The moment it reached the halfway point, Meshach dropped the leash and sprinted across the driveway. At the door, he laid out flat and slid through the last sliver of opening into the space behind the car. The door immediately reversed direction.

What the …! He’d missed one little detail. He’d blocked the beam on the safety device meant to protect pets and kids from being crushed.

His mother’s prissy, ever-preaching voice screamed at him like it was yesterday. Best laid plans, honey!

Now what? Exposed to the street and nowhere to hide if someone drove by. He pushed onto his knees, then his toes, in a crouch below the car windows, and made sure he was out of the eye’s beam.

The dog stood in the middle of the street looking at him. That was an appropriate place for Maxwell. The dog didn’t like him, and he didn’t like the dog, which worked in Meshach’s favor because if the mutt ran to him ….

The white backup lights came on. The broad had put the car in reverse. If she gassed the engine, he’d have no choice but to run. That would ruin their date.

The Accord rocked slightly as the woman’s weight shifted inside. She had to be thinking about the door, looking back, pondering the workings of a mechanical device she didn’t have the first clue about. Her car door opened. A radio voice … bringing you another fifteen minutes of uninterrupted …. The backup lights went out and the engine died. The metal of hot exhaust pipes creaked. The garage door lurched and screeched its way down the tracks again, finally closing with a groan. Silence. Shoes scuffed on the concrete. The headlight went out. A thump as the car door closed. The dome light stays on for how long? Too long. A strong gust shook the paneled door and sucked air from the confined space with a weak whistle. He used the noise to cover his movement and duck-walked along the passenger side of the car. Her shadow grew larger on the wall and edged toward the door leading into the house. Darkness consumed the garage and he stood. A dainty cough and a strong breath followed the tap of shoes and the jingle of keys. The knob clicked and he moved into the doorway. Light lit a laundry room. She faced away.

He knew she was pretty, smelled pretty, a hint of lemon, slim but shapely, brown hair pulled back into a ponytail, wearing tan slacks and a green pullover. She’d just waited on him at Chilies two hours earlier. Her nametag read Bethany. She’d been nice.

His hand covered her mouth.

Get your copy of ORB at Amazon in Softcover and for Kindle. Also available in large print through Thorndike Press and wherever Christian fiction is sold!