It must have been my third day on the rig when I looked across the vast plain of cotton fields that was/is west Texas and espied a small cloud of dust coming up the road. It’s so flat out there between Brownfield and Earth, southwest of Shallow Water, not far from Levelland and Sundown, that a man can watch his dog run away for 3 days, so whomever was still a fair piece away.

Ole drill noticed my attention focused on something other than the scrub brush I held and the great-unwashed handrails screaming for my attention, so he eased up beside me. He observed the direction of my squinted-stare and joined me, shading his eyes with his open hand. He whispered, voice dripping with reverence, “It’s the company man. Get the other two roughnecks and go down and scrub on the substructure. Don’t look at the man, and whatever you do, don’t talk to him. You don’t know the language.”

Five minutes later, a white Ford LTD floated onto location in a whirlwind of red dirt and skidded to a stop. An old man in is mid forties stepped out. He stretched, bent over and tucked his pant legs into the top of his cowboy boots, then grabbed a shiny aluminum hardhat from the back seat and jammed it onto his head. 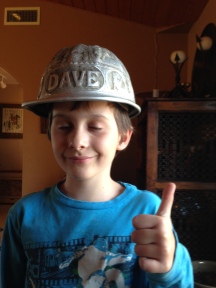 I guess I was looking when I should have been scrubbing because I saw him wave at me. I trotted over.

I turned and pointed at the doghouse where Ole Drill stood watching from the doorway.

The “Company man” grinned and said, “Come with me.”

Turns out he was looking for me, the worm, the new hand who didn’t know diddlysquat. He wanted me to hold the dumb end of a derrick-tape so he could measure some casing and do some add-sums and goes-intos.

Everyone is or was a worm at one time or another; though, it takes some hands longer than others to shake the title. There are men with 20 years of experience and men with 1 year of experience 20 times.

Well, now I’m the “company man.” I’d like to think that I appreciate worms more than some of the company men I worked with back in the olden days. Some of those guys either didn’t want to teach you, didn’t have the time, didn’t know how to teach, or didn’t have any knowledge to pass along.

Over time, I have seen subtle changes in worms as the sense of entitlement permeates into our culture. Not all, but more and more don’t want to learn. And the lack of drive is most always accompanied by a lack of respect. No offense, but the “HR” departments are so concerned with hurt feelings and avoiding lawsuits that they can’t see a man’s qualifications, or lack of, through the glasses of equality and PC-ness.

Not everyone gets a trophy in drilling rig. No demand for good ole boys out here. I’ve heard “He didn’t make it” but never followed by “Bless his heart.” More like “Good riddance.”

A new hire should either have or want a mortgage, a wife, three kids, a boat, and a 4×4 pickup with big tires. If they’re not hungry, don’t hire them.