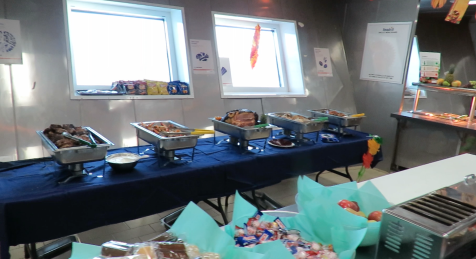 Years ago I spent time at the company’s corporate office in Singapore. That’s a big deal for a simpleminded old roughneck like myself, hobnobbing with VP’s and such. Well, Al Gore had just finished inventing the Internet and computers and emailing were quickly taking over as “The only way to communicate.” During the course of my duties I had a meeting with the regional maintenance supervisor. As we talked, his eyes darted from me to the computer screen and back. He typed and talked and scrolled and clicked. With every word and action, as the minutes ticked and he slowly forgot I was sitting there, his demeanor changed. His voice grew rough. He was clearly agitated. Finally, he let out a trail of four letter words, said, “I’ll show him,” and banged out another email. He paused, scanned the screen, abused the mouse for a second, then sat back and sighed, apparently satisfied he’d gotten in the last word.

My curiosity got the best of me, so I asked a one-word question. “Who?”

Without glancing up he used his thumb to indicate the man sitting at his desk inside the glass-walled office next to us, in plain sight a mere ten feet away, who banged on his machine, and said, “Andre.”

In a way, I think we’re cursed by technology. Social media? Right. Social with anyone and everyone but family. Why do siblings fight? Because they’re secure in their relationship. They know the brother or sister they just hit or called an ugly name won’t leave them. Try treating your friends like family and see how long they hang around. Stop texting them. Stop replying to their texts. Call ‘em names.

We, my relief and I, refused to let the current drilling contractor working for us install a television in the galley. We’ve had rigs equipped with TV’s. We’ve seen grown men, manly men in coveralls covered in drillpipe dope, drool and stare at a flat-screen TV. Put on Dora, or Sponge Bob Square Pants, or As The World Turns, or it doesn’t matter. Silent and transfixed.

Today is Thanksgiving. Christmas is just around the corner. Be thankful for parents, brothers, sisters, cousins, aunts and uncles. We are all born terminally ill. No one survives this life.

Be thankful for our vets. 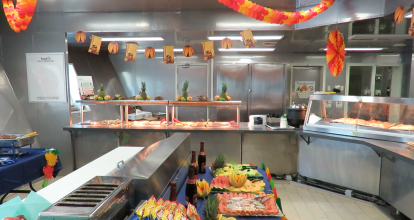 Be thankful for God’s Grace. He gave His Son for you. He is a gift one only needs to accept.

I’m on the rig. I just finished Thanksgiving dinner. Superb. Must have been 30 men seated at 7 or 8 tables. No television, no cell phones. The conversation was deafening.

One thought on “Holidays”